A GALLERY INSIDE A VILLA

Raffaele Verolino is a leading authority on fine carpets and tapestries – both antique and modern – and the first person that devotees of the medium turn to for advice. The Modena-based antiquarian channels his full expertise into sourcing European works of unrivalled quality and distinction. With a keen eye for the prevailing tastes and trends of the antique and modern art market, Verolino builds his collections with unique, sought-after masterpieces of European textile art. These include Savonnerie and Aubusson carpets from France, Axminster and William Morris carpets from Britain, Italian and Flemish tapestries, and carpets and tapestries by celebrated 20th-century artists. Far more than mere complements, these are authentic works of art, destined to take centre stage in any interior design.

Curious and knowledgeable, today’s collectors are increasingly opting to enrich their collections with antique or modern carpets and tapestries that have the power to interact with other works.

For over 30 years, Raffaele Verolino has been one of the world’s leading experts and researchers, with a passion for unique, high-value pieces, spanning the Middle Ages to the 1900s, which he tracks down all over the world. 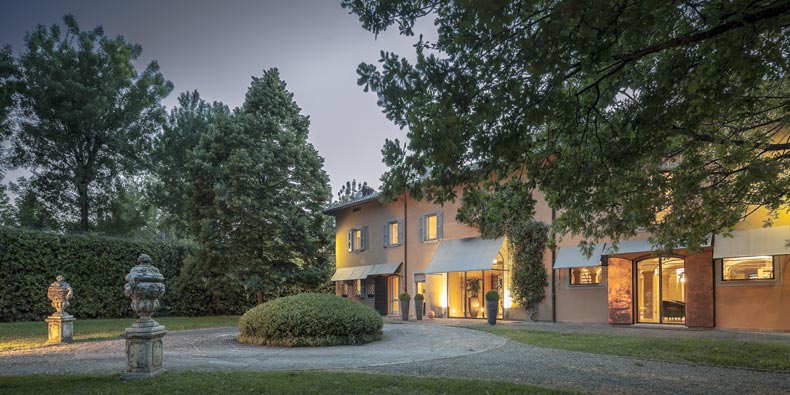 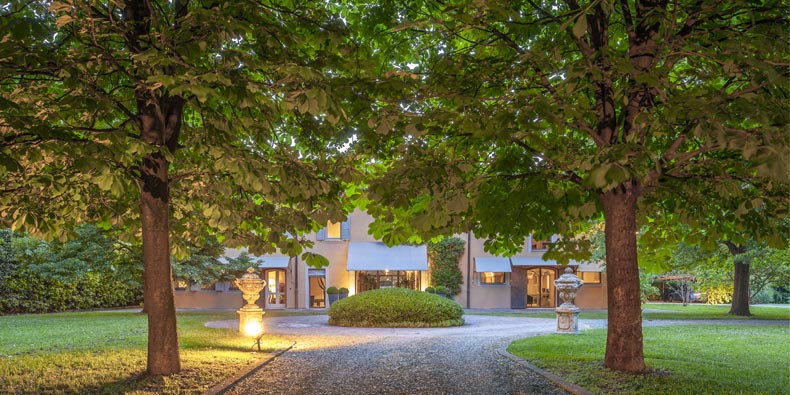 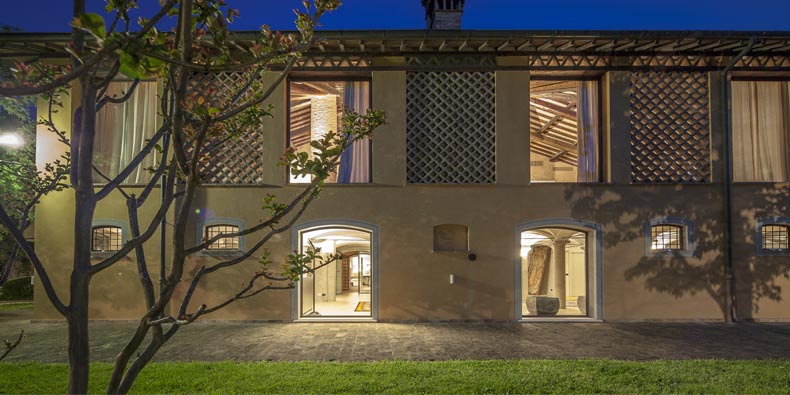 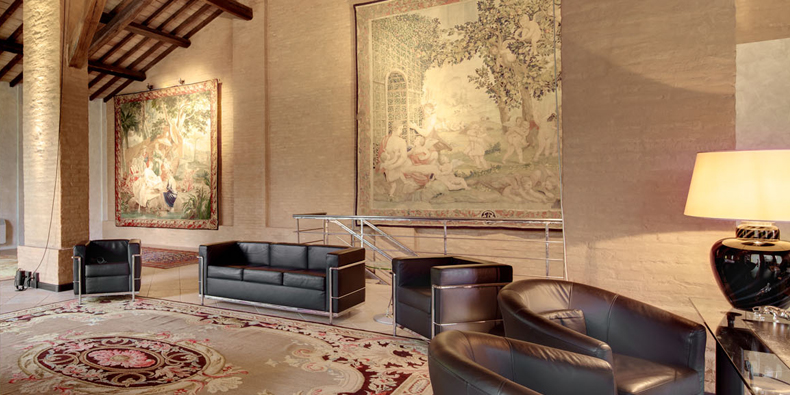 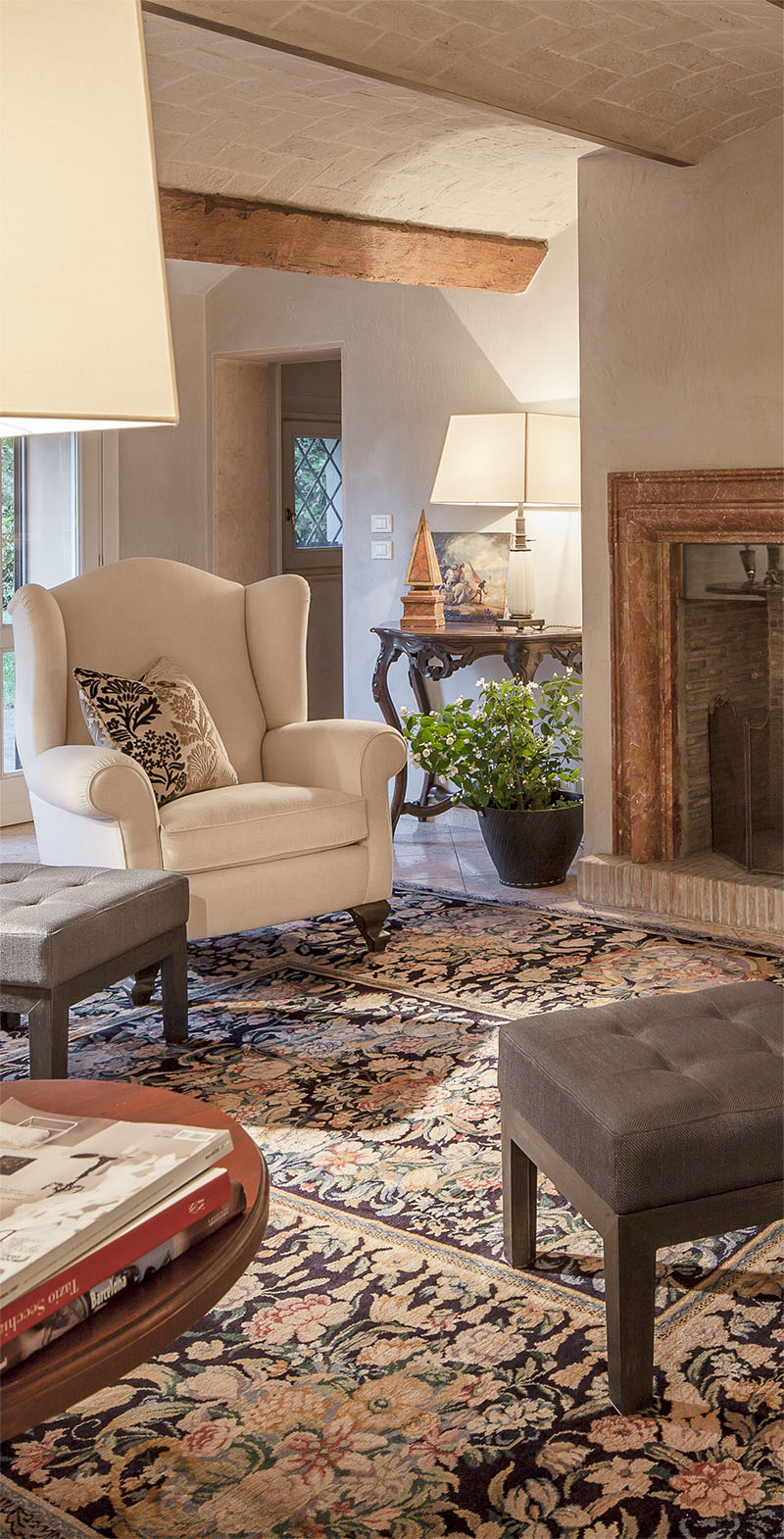 For over 30 years in search of fine pieces

Discover art and beauty in antique carpets and tapestries

The most renowned European carpets are Savonnerie and Aubusson models, crafted to order for the royal court in Paris. The Savonnerie manufactory, founded in 1627 at the behest of Louis XIII, only ever wove pieces for the Kings of France, making its elaborate creations even more valuable and sought-after – especially the ones from the 18th century, which are the oldest to be found on the market. Unlike Aubusson carpets, which are made with the same technique as used for tapestries and therefore have a distinctively low profile, Savonnerie carpets have quite a deep pile, because they were made with Turkish knots, cut in much the same way as velvet.

As well as specialising in 18th- and 19th-century carpets, Raffaele Verolino is also an expert in Flemish, French and Italian tapestries, the most important of which date back to the 17th and 18th centuries. Using his knowledge and passion, he can track down the most distinguished pieces, including in response to specific commissions. This is a fully comprehensive service, which takes care of the artwork’s entire journey, all the way through to displaying it to best effect in its new host environment.

Since 2008, the gallery’s research has comprised a parallel strand, focusing on the most prestigious textile art of the last century.
Many of the leading artists of the 20th century chose to express their vision in tapestries and carpets, thus fostering a fertile dialogue with expert French craftsmen that led to the creation of some absolute masterpieces.
Pablo Picasso, Alexander Calder, Fernand Léger, Victor Vasarely, Le Corbusier, Joan Mirò, Max Ernst and Sonia Delaunay, to name but a few, made this new medium their own and used it to express their art with equal conviction but in a different way.

Love for art and beauty

In his highly distinctive showroom, converted from part of his villa near Modena, Raffaele Verolino – in keeping with his commitment to taking care of his prestigious clientele – provides comprehensive assistance every step of the way, from sales, valuations and expert consulting, to washing and restoration when necessary.